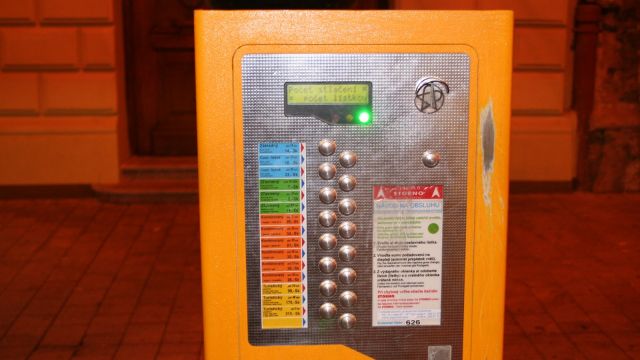 The penalty fare in Bratislava is minimum 50 euros. This is, compared to the price of a normal ticket, very expensive. It is about a hundret times more to pay for people who can not show a valid ticket for the ride.

ID for ticket inspectors in Bratislava

The ID for a ticket inspector in Bratislava looks like a pocket watch. The abbreviation "DP" is graved into it on a red background. Above this there is the word "KONTROLA" and below it there is the name of the Bratislava public transport authority, which is "Dopravný podnik Bratislava" in capital letters.

Payment of the penalty fare

There are diffent options to pay a penalty fare in Bratislava if you do not have a valid ticket. One is to pay cash to the ticket inspector. If paid in cash you should insist to get a receipt. But you can also pay the penalty fare at a branch of the »Dopravný podnik Bratislava« or via bank transfer. If you do not show your own ID the ticket inspector will probably call a police officer and you will have to show them your ID.