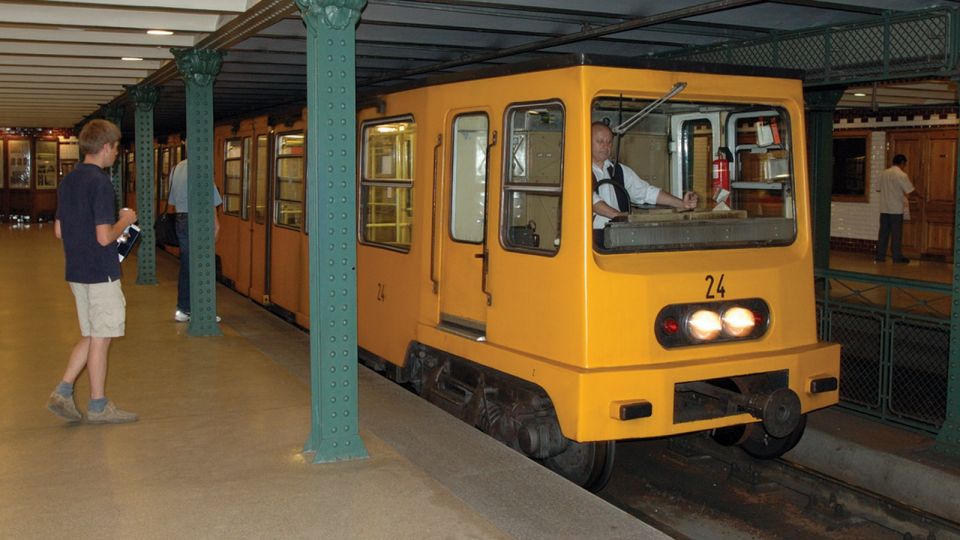 Perhaps this is also the most photographed subway station in Europe. It is considered a symbol of the underground construction in Hungary. At that time, Hungary was in the lead, because after two lines in London and Livepool, the Métro 1 in Budapest is the oldest subway line in the world. Apart from that, there is also an underground guided funicular in Istanbul (Turkey).

However, this was denied in 1893 by the government. Then in 1894, they turned to a project that had been submitted by the germany company »Siemens & Halske«. The same construction of the tram route, but under the ground. For the city administration, this possibility came at that time extremely convenient. After all, Andrássy Street was also planned as a preliminary to the celebration of the 1000th anniversary of Hungary's conquest by the people of the Magyars. And so, on the occasion of the 1000th anniversary of the Hungarians, in 1886 it was possible to open the first subway line on the Continent of Europe in time for the World Expo there. To date, the approval for the construction of a subway line should set a record: From the project submission to the approval by the city went only five months.

In reference to the »Underground« in London, the metro in Hungary was simply called Földalatti. Literally translated simply as "the subterranean". This name has kept the subway to this day. Over 3 kilometers underground could then be opened after only one and a half years of construction. The first subway line was after the start of construction on 29 December 1894 already on 2 May 1896 went into operation. The then reigning Emperor of Austria and at the same time King of Hungary, Emperor Franz Joseph 1st, was thrilled by the subway. Just a few days after the opening he ventured on May 8, 1896 a personal first trip and finally allowed the city of Budapest to call this subway line as "Electric Underground Franz Joseph" after him.

The subway was built for lack of heavy equipment mostly by hand. The Hungarians dug no real tunnel in the ground, as was quite common in later subway buildings, but dug a ditch next to the road and then covered it again with stone slabs. The construction was therefore carried out in daylight, because the construction was thus always Oberidisch. Of course, this meant that the first subway line in Europe could only be planned and built on a route that was not interrupted by buildings. The departures to the subway line were just off the road and were realized as staircases.