Since the beginning of urban housing construction, Art is an integral part of the aparment planning in the city of Vienna. 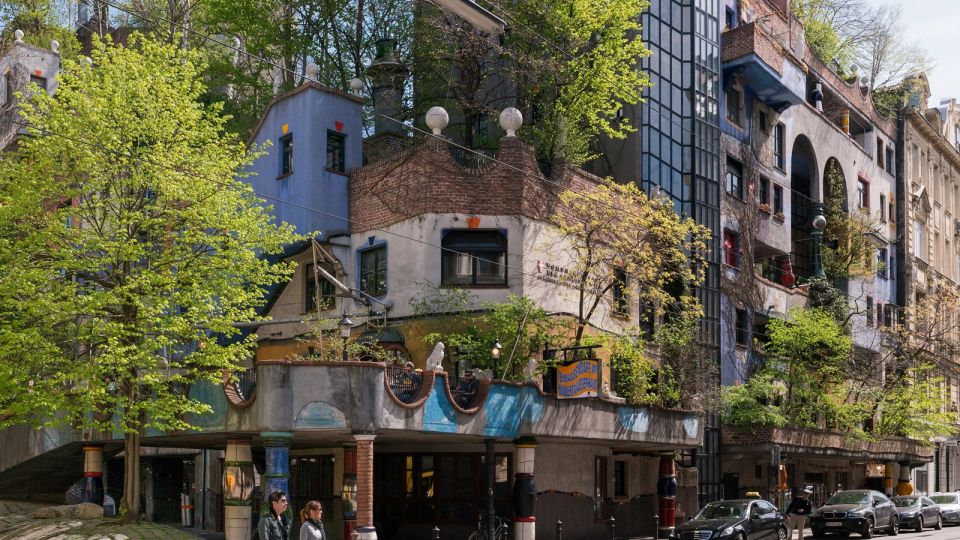 The Hundertwasser House in Vienna is a special attraction. Not only for Tourists the House is very interesting. It was one of the buildings which changed the way housing was planned in the city of Vienna. Because the artist Friedensreich Hundertwasser could persuade the city for a new way of housing construction. 20 years later, when in 2005 the 20th anniversary was celebrated, the chief of the city counsil of housing, Werner Faymann, was quoted like this:

»In Vienna, since the beginning of urban housing construction, art is an integral part of apartment planning. Formation of the facade, sculptures, murals or reliefs determine the city's image. In the planning of residential buildings, the city went a step further, and Friedensreich Hundertwasser painted, together with architects, designing and executing a residential building according to his own plans: the Hundertwasser house in Vienna in the third district.«
Werner Faymann, City Councilor for Housing on the 20. anniversary.

Friedensreich Hundertwasser, the artist, has implemented some of his policies with this house. So, for example, »the right to the window«. According to this, the resident has the right to »lean out of the window and make everygthing on the facade as he pleases, as long as his arm is worth. This should also be a signal to the people walking on the street. It says, there is somebody living here.« Hundertwasser said about his building.

"16 private and three shared roof terraces, a total of 1000 square meters in the time - in 1985 - were special in urban housing construction. The Hundertwasser House has been opened since the beginning of September 1985, attracting visitors as a magnet. Over a million visitors from all over the world have planned to visit the Hundertwasser House for their city tour.

»The apartment of 50 dwellers is satisfied with their living and living. The 500 applications for a dwelling in the Hundertwasser house in Vienna prove the great interest in the home of this house.« the city councilor said on the 20th anniversary in summer 2005, 10 years ago.

On September 7, 1985, the Hundertwasser house was sold to the public in Vienna on a day of" open doors. Since then, 70,000 visitors have admired the unusual dwelling. With more than one million visitors in all over the world, the Hundertwasser House is the fourth most popular attraction in Vienna. There has been little change in the house during the 30 years since the opening.

Thanks to the great success of the plan, the so-called "Village" in the neighborhood, the Viennese Art House and some restaurants were created. On the occasion of the jubilee, the committed tenants' exhibition was organized. In addition, bus and coach buses have been set up with parking facilities, a bus ban on the surrounding streets.

Friedensreich Hundertwasser (Literally: Peace-realm or peaceful Hundret Water) was born on 25 December 1928 in Vienna as a son of Fritz Stowasser. The artist name ("Sto" means "hundred" in some Slavic languages) in 1949. In 1929 his father died as a technical officer. In 1943, 69 members of the family of the family were deported and killed in destruction camps. Hundertwasser went to the Montessori School in Vienna in 1936. He graduated in 1948 and spent three months in Vienna at the Academy of Art at the classes of Professor Robin Christian Andersen. Long-lasting study trips led Hundertwasser between 1949 and 1951 to Paris, Marrakesch, Tanger, Tunis, Italy, Spain. Between 1983 and 1985, the famous "Hundertwasser House" was built in Vienna's 3rd district, which is still one of Vienna's most popular tourist destinations.