The Christmas village on Maria-Theresien-Platz has an imperial backdrop to offer: between the great museums in Vienna. 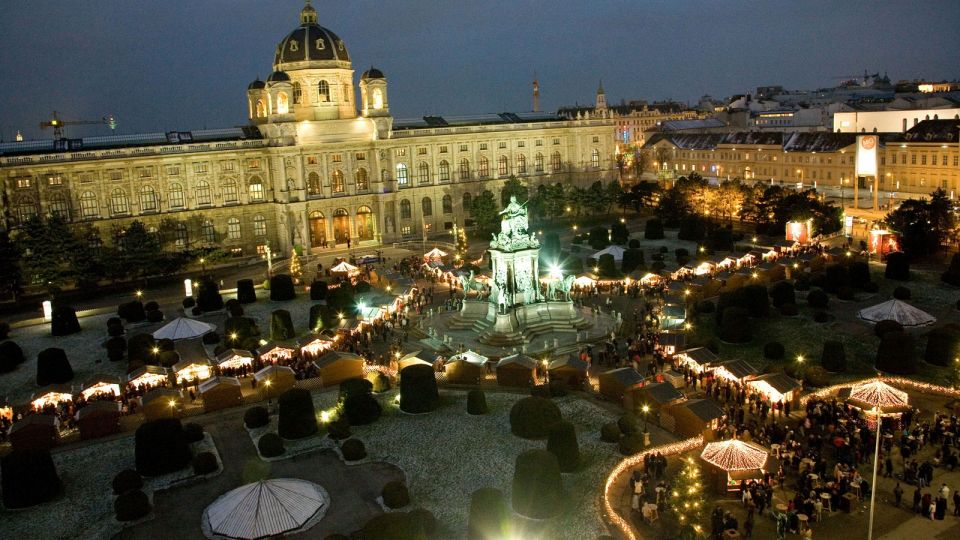 Between the Museums of Art-History and Natural-History

The monument commemorates the Empress Maria Theresa. She was the wife of Emperor Franz I. Stephan of Lorraine. When she became a widow in 1765, she governed the monarchy of the Habsburgs in the years 1740-1780. The empress became famous for numerous reforms in the 18th century. Among other things, she carried out a state reform and an army reform. But Empress Maria Theresia is especially well-known to the Austrians for educational reform. Because Empress Maria Theresa regulated the education by a Plficht to the lessons. Thus she was the initiator of compulsory education. Today, most Austrians associate this step in education policy with their name.

Christmas village between the museums

The Christmas market between the large museums, the museusm of Art History and Natural History offers space for thousands of guests every year during the Christmas season. Unusual ideas for gifts and traditional crafts are offered at the Christmas market as well as the usual culinary supply of small dishes and also punch and mulled wine.

Facts about the Christmas village on the Maria-Theresien-Place